The Role of Educational Testing in School Admissions 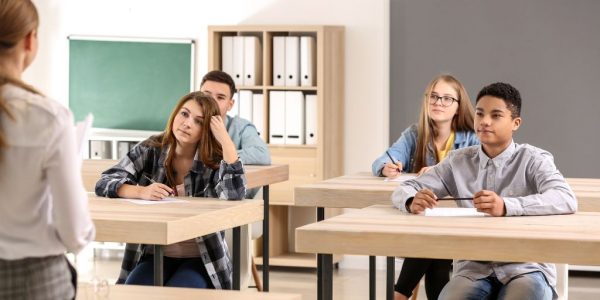 Controversy swirls around “standardized achievement tests” used for school admissions purposes. Although not the only factor, test scores typically play a role in the blend of considerations. What began at the level of undergraduate college admissions has moved to K-12 education. Like the best colleges, many fine K-12 schools, both public and private, have more applicants than can be accommodated. It is a matter of demand exceeding supply.

As a result, school boards, educational leaders, parents, and teachers are concerned to come up with fair and objective methods of selecting which applicants to admit. Political and cultural pushes and pulls add complexities to the problem in specific cases. Parents, teachers, and school leaders are asking themselves what role testing should have in their school’s admissions process.

This is a complex issue. Everyone agrees that the application process should be fair to all the applicants and should and enabling every applicant to demonstrate that they have what it takes to succeed. Here are six of the key questions people are asking:

1. How does testing fit into the admissions process?

The whole purpose of including test scores in the school admissions process is to level the playing field. The idea is that test scores will enable those making admissions decisions to better identify the applicants who have the highest potential to succeed academically. Using scores from standardized tests, applicants with different backgrounds can be compared. “Standardized” simply means that all the applicants are tested in the same manner (e.g., in a proctored classroom) using the questions drawn from the same source.

Comparing other things, like grade point averages, does not work as well because grading practices are not consistent across all the schools the applicants may have attended in the past. Adding standardized testing to the admission process, if done well, provides all the applicants with the chance to show what they can do.

2. Do some students have advantages over others on achievement tests?

Students from families with the wealth to hire tutors and put their children in summer enrichment programs can generally be expected to outperform their peers on achievement tests. Students who have lived in other countries and learned other languages will have advantages on language and culture-related achievement tests, as compared to students who have not had those life experiences.

Prior learning and the quality of the schools previously attended, along with the circumstances of one’s life and prior life experience, can have a significant differential impact on how well students do on achievement tests.

But in the admissions process, every applicant must have the opportunity to show what they can do. Real damage can come from kneejerk opposition to all forms of achievement testing, including the inadvertent reinforcement of negative racial stereotyping.  Instead of rejecting all forms of admissions testing, consider the serious concerns voiced in “Making the SAT and ACT Optional is the Soft Bigotry of Low Expectations,” by John McWhorter, NY Times, March 15, 2022.

3. Why are achievement tests being questioned when used for admissions?

The questionable assumption is that a candidate’s prior knowledge predicts how well that candidate will do in their new school. But the problem is that the playing field is uneven from the start.

The prior educational and life experiences of the candidates are, almost by definition, not equivalent. Some applicants come from wealthier families that can provide more educational advantages. Some come from households that encouraged study while others come from households where studying was nearly impossible. Some have lived in different environments than others. The candidates did not all go to the same quality schools before applying. And even if they had all gone to the very same school, they may not all have taken the same courses from the same teachers.

4. What about tests of skills and attributes as admissions tests?

When used for admissions, skills tests can demonstrate that candidates have the prerequisites to learn and succeed. Many music programs require auditions. Programs that are physically demanding require physical fitness and performance tests. Military academies look for candidates with the attributes associated with leadership.

That is why critical thinking tests are becoming more and more widely used in college and graduate professional school admissions. Teachers and professors know that success in learning across the spectrum of subjects and practice disciplines requires critical thinking.

Educators know that skills in analysis, inference, and evaluation are vital for deep learning. Knowledge of facts and theories alone is not sufficient.

Educators at all levels understand that along with those critical thinking skills, students are best served when they cultivate the attributes that consist of a positive learning mindset. Students who approach learning in a focused, inquisitive, systematic, and open-minded way are going to be more successful than those who do not. Students who regularly ask challenging questions and who courageously follow the reasons and evidence wherever they lead will do better in school than students who take a passive and indifferent approach to their studies.

5. Can testing level the playing field?

The whole point of using standardized testing for school admissions is to see how candidates perform on the same measure given under equal conditions. The goal is to level the playing field, to give every applicant a reasonably equal chance to show what they could do if admitted. Admissions testing that includes a standardized assessment of essential learning skills and attributes contributes exactly that.

6. Are K-12 schools switching their admissions testing to focus on critical thinking? 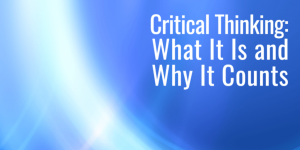 For more on the many ways K-12 schools use critical thinking test scores to help individual students and to evaluate curricular programs, see Why K-12 Schools Assess Critical Thinking