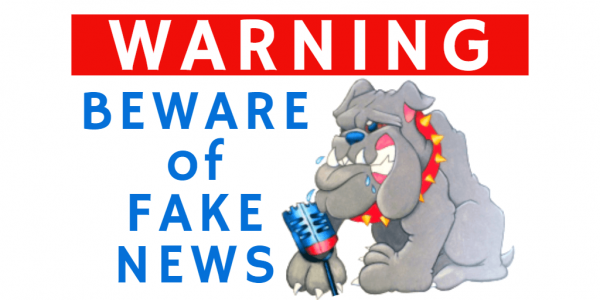 The 2020 election is fast approaching.  Posing as a Midwestern housewife and using thousands of other fake accounts on Twitter and Facebook, lying Russian meddlers reached 126 million Americans during the 2016 election.  Fake news memes, gifs and stories were widely dispersed meant to disengage voters from the voting process.

These days all of us need to defend ourselves against blizzards of false information.  We cannot permit our democracy to be buried under our own gullibility. After all, if we didn’t believe the fake news messages, we would not have re-tweeted them. Right?

So, step number one on the road to civic health is for all of us to acknowledge our problem: When we see something in the news that supports our point of view, we “like” it and, without taking sufficient precautions, we pass it along to our friends like a virus.

How easy it is now for us to sympathize with poor old Galileo. Remember when he said, “But friends and esteemed leaders, there is evidence showing that the Earth is not the center of the Universe.”  Which, of course, caused his friends to double over in laughter at his foolish denial of the “common sense” of their day; and which lead the powers that were to threaten, “Retract what you said or go to Jail.  …  Your choice.”

Human nature has not changed much in the centuries since, at least not in our response to messages that contradict our current version of “common sense,” or that threaten to undercut the orthodoxy of the powers that be.

And we hate it when the facts get in the way of our ambitions.

But none of us has the time or the money (except maybe the idle super rich) to check out every story we see in the media and every message that our friends retweet or post to us.  Life is complex, we are busy. What is a person to do?

Apply the “Credibility Test”: If the source is not credible, it probably is fake news.

By using our natural critical thinking skills, every one of us can apply the Credibility Test. It is easy.  We only need to ask a few simple Yes-No questions. Every “No” answer is a warning that the source is pedaling fake news.

1.  Is the source an expert on the topic?

If not, be skeptical. When Neil deGrasse Tyson talks about the acceleration of the expansion of our Universe, I trust what he is saying.  Expertise counts! If my neighbor, a former LA Top-40 radio DJ were to tell me the same thing, I would not take his word for it.  I like the guy, but he is no astrophysicist.  Science is still science, even if people who harbor their contrary “heartfelt beliefs” do not like what the genuine experts have to say.

2.  Is the source relying on firsthand experience?

If not, be skeptical. I trust what Chris Collingsworth says about professional football because I know that he played the game successfully as a professional for years.  But I do not trust what my brother Roger says about football at any level.  Sorry, Rog, you never played a single down.

3.  Is the source speaking on the right topic?

If the person is out of their element, be skeptical.  Don’t go to Chris Collingsworth for astrophysics information, and don’t go ask Neil deGrasse Tyson for advice about play calling in football.   Experts are experts only when they are on topic.  Which means, don’t buy a car because you like the movie star who is sitting behind the wheel in the TV commercial.

4.  Is the source’s knowledge up-to-date?

If not, be skeptical. A friend of mine told me that it was safer to stand still than to run during a lightning storm. I asked where the person heard that. She said back in elementary school.  But, when we looked it up, the latest science does not support that advice.  Turns out that the positrons in the Earth are drawn up toward the negatively charged electrons moving down from the storm.  The electrons jump to the closest Earth-bound thing where they can reach the positrons. Boom! Lightning! Don’t climb on top of the roof in a lightning storm or you might become the best target for the bolt, whether you are running around up there or standing still.

5.  Can the source explain the basis for their claim?

If the person cannot, be skeptical.  As a rule, only trust those who can explain the reasons why their opinion is right. Don’t trust people whose only answer is “Trust me, I know.” One reason why people who had to work hard in school became some of the best teachers is because they know from personal experience how to help people learn.  One of the reasons that the greatest athletes often make terrible coaches is because they did not have to be students of the game to experience their success.  And, so, they often cannot explain the how and the why of what they want their players to do.

6.  Is the source truthful?

If the person is a known liar, be skeptical. Seems obvious, right? Yet, we catch people lying to us about this or that, and yet we still believe them the next time they tell us something.  A person has a history of violating contracts, and yet we believe them when they tell us that they will keep their promise to us.  A person has a history of throwing others under the bus, and yet we think that we are the one person to whom they will remain loyal.  Who’s the idiot in that scenario?  The circus huckster, or us?  As politicians know, it can be tempting to tell one audience one thing and another audience another thing. Especially if we expect that neither audience is going to know what we said to the other.  Don’t trust people who will tell any lie to gain power, to be loved, to avoid rejection, to close a deal, to get their way.

7.  Is the source unbiased?

If the person is biased, be skeptical. Biases are lies we tell ourselves about other groups of people.  Like that all 70-year-old White guys are Republicans, or that all Christians are charitable. Be skeptical of opinions based on stereotypes. Just because it was a White guy who opened fire on concertgoers in Las Vegas, or blew up the Federal Building in Oklahoma, or killed nine people in a movie theater in Colorado, or attacked first graders at Sandy Hook Elementary, or gunned down 26 church goers in Texas does not mean all White guys are terrorists.

8.  Is the source free of conflicts of interest?

If the person is compromising your interests to advance their own, be very skeptical. Learn to ask, “What’s in it for you?” It is one thing for a person accused of a crime to plead not guilty, it is another for us to believe him. That’s why we have the trial. How many famous people have we seen one day denying wrongdoing only to learn soon after that those tweets and press releases were just propaganda?  I expect my real estate agent, my lawyer, my banker, my mentor, and my friends to give me advice that is in my interest, not theirs. After all, they are supposed to be helping me, not using me to promote their own agendas. If your “news” broadcasts are meant to expand your ratings, gain higher revenue for commercial time, and benefit your stockholders, then you are a fake news entertainment outlet, fun to watch but foolish to believe.

9.  Is the source speaking freely?

If the person is under duress, be skeptical.We have all seen the ISIS videos of captives being forced to “confess” while someone holds a knife to their neck. We all know to be skeptical of whatever that prisoner says.  The person is saying what they are forced to be saying.  Same if the person speaking is drugged, or if their loved one is being held for ransom, or if they are emotionally distraught, or deranged by starvation or disease.  Although it is a less extreme situation, we need to include under this heading the case of a person who is constrained by a legal agreement.  If you signed a non-disclosure agreement with your former employer, your contractual obligations may prevent you from providing us with all you know about a topic.

10. Is the source mentally stable?

If not, be skeptical. Sadly, we all have been drawn in by stories told to us by people whom we love but who are, unfortunately, mentally unstable. We want to help the person, we may even be torn by guilt if we do not take action.  But, when we do so, we discover that the facts are not as they were presented, and that the real story is not as we first heard it.  Was the person deliberately trying to manipulate us, or did the person really believe what they were saying?  Who’s to know.  But, as a rule of thumb, if you know your relative is a nut case, be skeptical.

If there is one theme running through these ten guidelines, it is this: Be skeptical.

Apply your critical thinking skills to test the credibility of the source of the news you see or hear.

Instead of gulping fake news like a trained seal swallowing a mackerel, we all can demand full explanations, reasons, and evidence.

We all can be suspicious of messages that come to us from people with something to gain by deceiving us.

And, finally, as a favor to one another, and to strengthen our democracy, we all can check the credibility of the source before we pass along something we heard at work or saw on our social media feed or the Internet.

To learn more about thinking well:

Why everyone needs critical thinking

The global need for better thinking 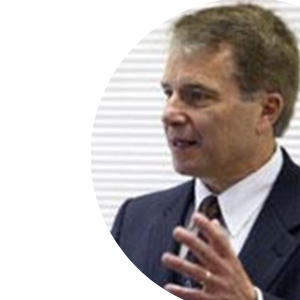 Peter A. Facione, PhD, the founder of Insight Assessment, is recognized internationally as an expert in critical thinking.  In this blog post, he is speaking on that topic, based upon decades of experience researching and teaching it.  He can explain the basis for each of the ten recommendations in more detail, if asked.  He is speaking truthfully.  He is not biased about critical thinking or the many benefits it offers to everyone.  When he wrote this document, he was not under duress and he was of sound mind.