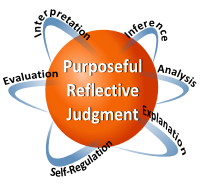 The sample skills test questions on this page are intended to illustrate the types of questions which might appear on a generic adult level reasoning skills test.   However, the topics, reading levels, and degree of difficulty of the questions used on actual tests match the educational level and / or professional interests of the population for which a given test is designed.  Many of these tests include a greater proportion of items which call for numeracy, as illustrated by Sample Item #6. To view a specific test, qualified purchasers should purchase the preview pack for the test most appropriate for use with their intended test takers.

Instructions: Form a reflective and reasoned judgment with regard to which choice is the best from among those offered. 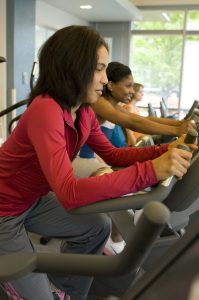 For Sample Questions 1, 2 and 3 Please consider this information : A scientific study compared two matched groups of college women. The women in both groups were presented with information about the benefits of a healthy diet and regular exercise. The women in one group were paired up with one another and encouraged to work as two-person teams to help each other stick with the recommended healthy regimen of smart eating and regular vigorous exercise. The women in the other group were encouraged to use the same recommended regimen, but they were also advised to work at it individually, rather than with a partner or teammate. After 50 days the physical health and the well-being of all the women in both groups were evaluated. On average the women in the first group (with teammates) showed a 26 point improvement in measures of cardiopulmonary capacity, body strength, body fat reduction, and sense of well-being. On average the women in the other group (encouraged to work as individuals) showed a 17 point improvement on those same measures. Using statistical analyses the researchers determined that the probability that a difference of this size had occurred by chance was less than one in 1000.

If true, these research findings would tend to support which of the following assertions?

A = A college woman cannot achieve optimal health functioning without a teammate.
B = Universities should require all students living in campus residence halls to participate in a health regime of smart eating and regular vigorous exercise.
C = A healthy diet will cause one to have better mental health and physical strength.
D = This research study was funded by a corporation that makes exercise apparel.
E = A regimen of smart eating and regular exercise is related to better health.

If the information given in the case above were true, which of the following hypotheses would not need to be ruled out in order to confidently claim that for the majority of young adults a regimen of smart eating and regular vigorous exercise will result in significant improvements in one’s overall health.

A = A college woman cannot achieve optimal health functioning without a teammate.
B = Universities should require all students living in campus residence halls to participate in a health regime of smart eating and regular vigorous exercise.
C = A healthy diet will cause one to have better mental health and physical strength.
D = This research study was funded by a corporation that makes exercise apparel.
E = A regimen of smart eating and regular exercise is related to better health.

Consider the claim, “Working with a teammate or partners on a health regimen is better than working individually.” Which of the following additional pieces of information would not weaken that claim?

A = Most of the women in the group that was encouraged to work individually actually worked with friends and partners who were not part of the study.
B = Most of the pairings and teams created in the first group (with teammates) fell apart after a few days and the women in that group actually worked individually.
C = There was something about the women in the first group (with teammates) that the researchers overlooked, thus invalidating the intended matching of the two groups.
D = Men are more likely to work alone, so any recommendation that men find a teammate or partner to support them in sticking with the regimen will be ignored.
E = The study was undertaken when there were no exams or major projects due, thus the results about working with a teammate do not apply to more stressful times of the year. 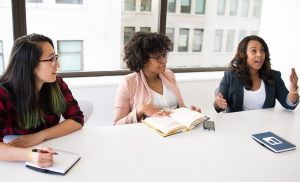 Three graduate school friends, Anna, Barbara, and Carol, graduated successfully. Being in the same program, the three often worked as a team on group assignments. Anna earned the special recognition of “pass with distinction” when she graduated. Carol and Barbara, although receiving their degrees, did not earn this special honor. A fourth student in the same graduate program, Deirdre, often said that the graduate program was poorly designed and not difficult at all. Deirdre did not graduate, instead she was advised by the faculty to withdraw from the program because her work was below acceptable standards. Given this information only, it follows that

A = Carol and Barbara deserved to receive “pass with distinction” like Anna.
B = Barbara’s work in the program was superior to Carol’s.
C = Barbara was jealous of the academic success her friend, Anna, enjoyed.
D = Deirdre’s work in the program was below the quality of Carol’s work.
E = Anna, being successful, will decide to enroll in another advanced graduate program 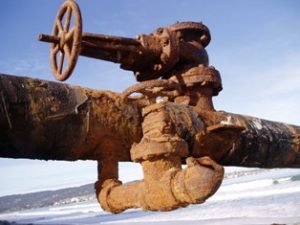 “I’ve heard many reasons why our nation should reduce its reliance on petroleum vehicle fuels. One is that relying on imported oil makes our economy dependent on the political whims of foreign rulers. Another is that other energy sources, like the possibility of hydrogen based fuels, are less harmful to the environment. And a third is that petroleum is not a renewable resource so when we’ve used it all up, it will be gone! But I don’t think we’re likely to use it all up for at least another fifty years. And by then we’ll have invented new and better fuels and more fuel-efficient vehicles too. So that argument doesn’t worry me. And I don’t really believe the stuff about how foreign leaders can force our nation to change its policies simply by decreasing their oil production. Oil companies like Exxon have made record profits precisely in those times when the supply of foreign oil was reduced. I don’t see the big oil companies being very interested in policy change when the money is rolling in. And for another, our nation has demonstrated that it is willing to wage war rather than to permit foreign leaders to push us around. So this whole thing about how we have to reduce our reliance on petroleum based gasoline, diesel, and jet fuel is bogus.” The speaker’s reasoning is best evaluated as

Using the phone at her desk, Sylvia in Corporate Sales consistently generates a very steady $1500 per hour in gross revenue for her firm. After all of her firm’s costs have been subtracted, Sylvia’s sales amount to $100 in bottom line (net) profits every 15 minutes. At 10:00 a.m. one day the desk phone Sylvia uses to make her sales calls breaks. Without the phone Sylvia cannot make any sales. Assume that Sylvia’s regular schedule is to begin making sales calls at 8:00 a.m. Assume she works the phone for four hours, takes a one hour lunch exactly at noon, and then returns promptly to her desk for four more hours of afternoon sales. Sylvia loves her work and the broken phone is keeping her from it. If necessary she will try to repair the phone herself. Which of the following options would be in the best interest of Sylvia’s firm to remedy the broken phone problem?

A = Use Ed’s Phone Repair Shop down the street. Ed can replace Sylvia’s phone by 10:30 a.m. Ed will charge the firm $500.
B = Assign Sylvia to a different project until her phone can be replaced with one from the firm’s current inventory. Replacing the phone is handled by the night shift.
C = Authorize Sylvia to buy a new phone during her lunch hour for $75 knowing she can plug it in and have it working within a few minutes after she gets back to her desk at 1:00 p.m.
D = Ask Sylvia to try to repair her phone herself. She will probably complete the repair by 2:00 p.m.; or maybe later.

How can I learn more about critical thinking?

How can I develop stronger critical thinking?

To build your critical thinking skills and positive critical thinking habits of mind, consider Think Critically, Facione & Gittens, published by Pearson Education. Drs. Facione and Gittens, along with the research team at Measured Reasons LLC, developed many of the tests offered by Insight Assessment.

How can I improve my thinking mindset?

Where can I find more sample thinking skills questions?

Download our app, Critical Thinking Insight..  Get started with the free sample reasoning skills questions and  reasoning mindset items. Then challenge yourself with other purchasable tools included in the app for your self-evaluation and personal development.